Some of you may have wondered how the Ross Family came to be in the field of Cemetery Care. It all goes back to 1921, when John M Ross, a Peabody farmer originally from Nova Scotia, and his wife Frances, bought the old William Goodale Farm, situated where the Danvers Jewish Cemeteries are now located. The old Farmhouse and a small family Burial Ground are  all that is left of the Goodale heritage.

a burial to make, and the man who normally did it was sick, or

could no longer perform the task, so they asked my grandfather,

John, if he would dig the grave and he agreed. So the story goes,

hours digging graves than being a market farmer, working dawn

to dusk. So over the next 40 years, he sold off the rest of his farm

land to various and Congregations to create new Cemeteries.

After WWII and a stint in the Navy, his son Edward, who had been

educated at in horticulture and machinery repair,

joined him, and they began to provide their services to other Cemeteries

in Peabody and Lynn. Ed bought their first backhoe in 1955, having dug

everything by hand before that. Interestingly enough, according to a great

also bought their first backhoe in 1955.

Ellie McKenna in 1962, and shortly after that she began keeping the records

for the Cemetery operations, and in 1965 I, her son Dave, started to work

Stockbridge School of Agriculture at U Mass with a degree in

My step-father, Ed, passed away suddenly in 1972, and Ellie and I

continued the family tradition of caring for your cemeteries.

It is interesting how the industry has changed over the past ¾ of a century. John dug his first grave (we found the burial permit) on July 8, 1929 in the Sons of Jacob Cemetery with a pick and shovel and wheelbarrow. Today graves are nearly always dug with a backhoe, and a truck or gas-powered cart to haul away the excess soil. In 1929 the frost was removed with a sledgehammer and wedges; today we use jackhammers. (Some larger cemeteries actually use a propane powered device to MELT the frozen ground)

In 1929, the cemeteries were mowed once a year with a scythe, just before the Holidays (and my grandfather saved the hay for his cows): when I started in the 1960s we used small 24 inch gas powered mowers and trimmed around monuments and markers with hand clippers: today we use 48-72 inch mowers, and trim with weedwackers. Today 3 men can accomplish what it took a swarm of 8-10 college kids to do. While the equipment is more expensive, it is significantly less costly than paying today’s higher labor rates to so many individuals. AND you don’t have to pay the mowers or backhoe on the days they aren’t being used, or when it’s raining, while you DO have to pay the employees, if you want them to be available when you do need them.

In 1929, John Ross had no telephone. The or Funeral Director would call a lady who lived a quarter mile away on Route 114 who had a phone, and she would hang a red blanket on her porch as a signal for my Grandfather to come up and get the information on the interment. This was all open fields back then: you could SEE Rt. 114 from the house. As it was, John had one of the first phones in ( 139), but contact was still touch and go. In the late 50s Ed hired an answering service, but he still had to check for messages. And this was in the days when most burials took place the same day or the next day at the latest. In the late 60s we got a BEEPER; it beeped and we had to find a payphone to call the answering service to see who called, then call them back. In the early 70s we got our first mobile phone; mounted in my car. If I was in the truck- no phone. Then the first “bag-phone” that could be moved from one vehicle to another. Then, finally the true cell-phone, and pagers that would print out a phone number or text message; funeral directors can now reach me virtually 24 hours a day. With fax machines, we often fax a sketch of the family lot to the funeral director during funeral arrangements so there is no confusion about which grave the family wants opened. We even fax sketches of the lot to out of state families, as needed to resolve issues.

And don’t forget computer records. Until Ellie got involved in 1964, John and Ed had kept no burial records. She designed an alphabetical card file for each Cemetery listing each lot. The one drawback to the card file was that if the family didn’t know which cemetery their lot was in, you could spend a half hour looking through 25 different cemeteries’ files. Quite often, funeral directors call for families who have no idea what cemetery their lot is in, or people will call looking for the final resting places of  their ancestors. But with the computers, we can search through all the cemeteries at once, and have an answer in a few seconds. We can also record much more information, and can print lists or reports as needed, such as Veterans’ lists for Memorial Day flags. Even our MAPS have been scanned into the computers. Thus I can even look up lot information to arrange funerals at home over the weekend if needed.

Many of the Cemeteries had very little for maps and those that did exist were incomplete, had little info on them or cemeteries had changed over the years. We physically went out to the cemeteries, took measurements and redrew them to correct parameters, etc. Furthermore, we marked down all the names, dates of death, types and sizes of each monument and marker on each lot and marked that info onto the maps and into the computerized records.

If we had to operate with yesterday’s tools and today’s labor costs, none of the cemeteries could afford to maintain the level of service we currently provide. Fortunately today’s technology makes it possible to properly and economically care for the final resting places of our Loved Ones. One can only wonder what new inventions will make the care of our Cemeteries even easier. Oh, for a lawngrass that would only grow 3 inches tall and stay green without rain. Or a laser mower that will mow and trim around monuments in one operation, without a human operator. Or a plasma cutter that would slice through frozen ground, boulders or or ledge like butter. 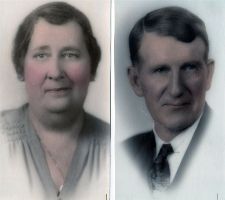 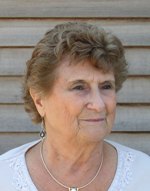